The stress study that launched Evimeria

Nowadays, one of the most important conversation’s subject is the stress.

Recognized as a disease at the beginning of the 20th century, its causes and its effects (physiologic and mental) have been studied intensively since the second half of the century (ex. Holmes TH and Rahe RH, 1967; Lazarus, 1966; Selye, 1975  etc…).

The aim of Soladis is to develop a “stress indicator” to prevent health problems caused or exacerbated by stress (sleep, digestive and weight problems, heart diseases, depression, skin conditions…). This study in particular will focus on burnout that can be associated with many of the others diseases.

Burnout is described as a general sensation of feeling down, exhaustion and reduced job performance with a decrease of self-esteem which may lead to depression.
The prevention of burnout is a major challenge in our society as a significant portion of a 20% increase in the number of suicides, which has been observed over the last two years, is attributed to burnout. Even through the negative effects of burnout have been well documented, the current lack of referenced methods for diagnosis; represents a challenge.
Although various tools exist to assess the stress level of a subject, such tools are often designed as self-assessment questionnaires which under-performs in giving an objective measure of the stress condition of the subject. Moreover, there is a lack of referenced data that allow the classification of physical and psychological symptoms of stress and to differentiate between acute and chronic forms of stress.

The main objective of this study is to build a “stress indicator” to evaluate the accumulated level of stress in order to prevent burnout and to encapsulate numerous stress indicators measured, and regroup each subject into a number of “profiles-type” according to the capability of the subject to accumulated/evacuate the stress. And so, define a guideline for measuring the stress according to the situation that the subject is exposed to (working stress, external influences, general anxiety, etc…).

We consider both physiological and psychological factors together with some exogenous features as the weather and the daily traffic. The list of all the considered elements is detailed in the Indicators page.

The population of our stress study consists of 51 people who completed the protocol, between them 22 woman and 29 man. They are geographically dispatched between 3 different regions in France : Paris, Lyon and Sophia Antipolis (respectively 5, 29 and 17 people). We focused on professional active people, the minimum age is then 18 years old but the great majority of people who volunteered to participate is aged between 25 and 34 years old. Below you can find some summary graphics.

As a consequence of the imbalance between each subgroup (by geography or age), we only provide analysis over all the population. 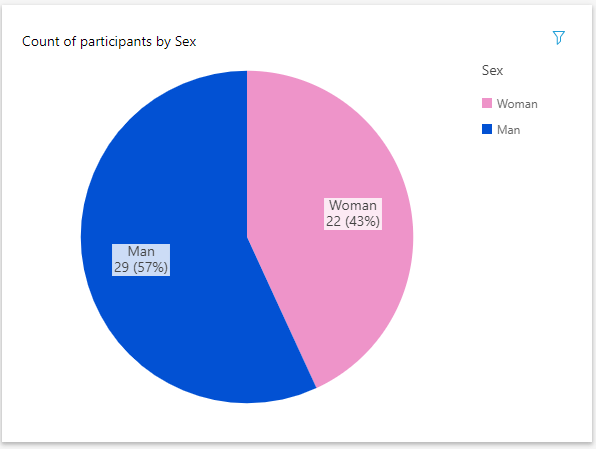 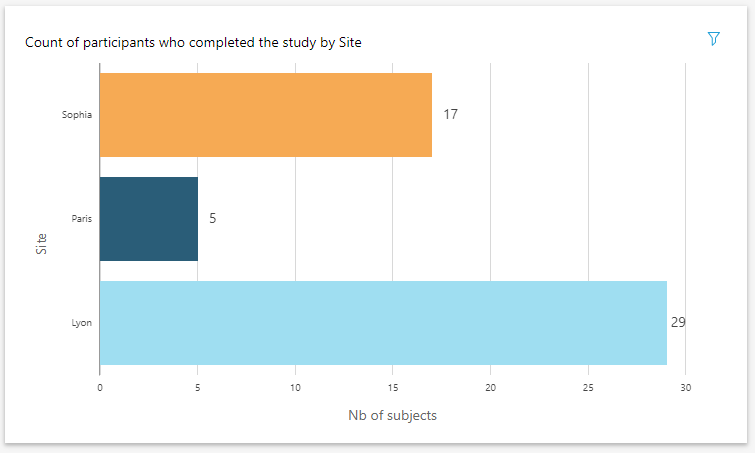 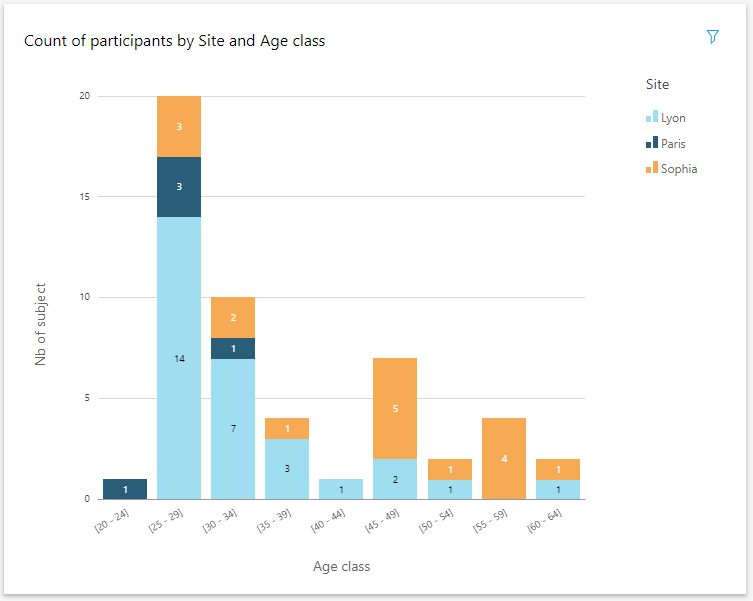 In order to explore the dataset and to select the minimum number of variables which maximize the explained variance, we apply a first Principal Compontent Analysis (PCA) to the whole standardized dataset.

Secondly, we assess the steadiness of each indicator across time by create a linear mixed model with first-order auto-regressive structure AR(1) in order to maintain the correlation between two consecutive visits. The subject is the statistical unit for the assessment.

Finally, to categorize the observations of visits and capture similar hidden groups, leading to the possibility of improved cluster classifications and comprehension of the differences between these groups, we apply a cluster analysis. The applied algorithm, a modified version of the sparse clustering algorithm, pick the highest scoring indicators involved and henceforth perform a classification.

According to the correlation between the features, a Global Stress score, which merge them together, is calculated by crossed decision rules. 4 categories are identified : low, moderate, medium and high stress.

For more information about our study, here you will find the detailed description of this study.

Suscribe to our newsletter 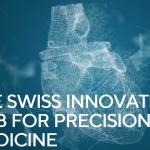 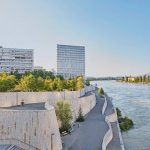 Soladis at the heart of digital health innovation : the company has joined Novartis campusNews

By clicking on the link below, you will be redirected to LinkedIn. Third-party cookies may then be installed on your browser. These cookies are not implemented directly by the Soladis Suisse site but by the social network site to which you connect.
These cookies are subject to their own privacy policies and are in no way the responsibility of Soladis.
You can view LinkedIn's cookie policy by clicking on the following link :  LinkedIn – Cookie Policy